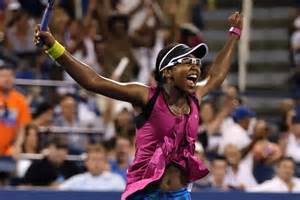 I just read that story penned by tennis player Victoria Duval announcing her return to the court after being diagnosed with Hodgkin’s lymphoma. I was happy to hear she is now cancer free after she underwent chemotherapy and treatment. I feel inspired by her story. I know her parents. I went to the same school with his father. Her mother and father are both medical doctors who went through deep challenges to raise their 2 sons and their 19 year old daughter Victoria Duval.

Victoria is a great story of Dreams, Struggle, Victory. She was 7, when she dreamed of  playing tennis and conquerred the world one set and tie break at a time.

Her struggle started when she was robbed at gunpoint and held hostage in Port-au-Prince, Haiti, where she grew up. Her father had his legs broken, his left arm crushed, his ribs fractured ribs, after he stayed 11 hours under the earthquake destroyed his in January 2010 in Haiti. 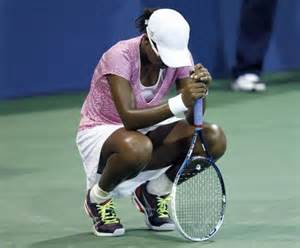 She was 17 when she made her first professional appearance at the US Open in 2013. Then in 2014, she was in Wimbledon before she was diagnosed with Hodgkin’s lymphoma.

Today, she is claiming her victory to life. She is cancer free, she is writing her memoir, and she just wrote this story for the online magazine The players Tribune,

I hope you find the same joy, passion, and inspiration I had when I read this story that I share with you below. 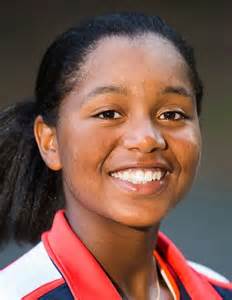 My prayers are with the Duval’s family for their dreams, struggle, victory.

June of 2014, at the age of 18, I was competing in a tournament in Mexico when I felt a large lump in my neck. I was traveling with a coach at the time. I didn’t think anything of it but informed my mother immediately.

Just to be safe I did some scans when I got home and they told me that everything seemed to be okay. My mother and I traveled to Europe a few days later. I was extremely excited to go to Wimbledon — I’d only played the junior event, never the women’s. My ranking wasn’t high enough to get into the main draw, but I had made it to the qualifying rounds. Three wins, and I was in.

A few weeks into the trip, the lump kept getting bigger and bigger. My mom, relying on her medical background, had a hunch that something was very wrong based on its location. The tournament doctor, agreeing with my mother’s intuition, quickly arranged for an emergency biopsy.

The day before my first round of qualifying, I was told that the results came in. That was probably one of the most stressful moments of my life. My legs were shaking as I made my way over to the doctor’s office. I didn’t really know what to think, to be honest, but nothing could have prepared me for the news I was about to hear.

She said I had cancer.

As soon as she said that, I immediately blacked out and cried hysterically. I didn’t know much about cancer — I just automatically associated it with death. This may sound dramatic, but I even started thinking about how I wanted to spend my last moments on Earth.

The physical therapist who had accompanied me to the office told me that if I wanted to go home I could. But going home was the last thing I wanted to do. I came to England with one goal— to get through qualifying and play in the main draw at Wimbledon. And I made a decision that I wasn’t going to let this diagnosis stop me. 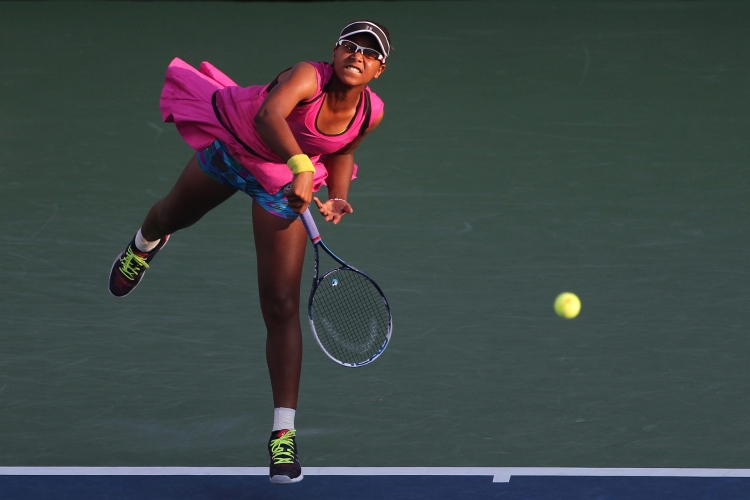 The physical therapist advised me to keep the news as private as possible, and to stay focused on the tournament. For better or worse, my state of denial made focusing quite simple. I went on to win all three of my qualifying matches — and, in the first round of the main draw, even beat a girl ranked Top 30 in the world.

I didn’t know much about cancer— I just automatically associated it with death.

Once my illness was more thoroughly explained to me, I realized that I had a great chance of winning the battle with cancer. My fears started to slowly dissipate. And in the same way that I relied on my faith to get me through qualifying, I knew that God had a plan for me in this new battle.

When I flew home, I went to the hospital to do some more tests and build a plan of treatment. Hearing the effects and process of chemotherapy terrified me. Nonetheless, I was optimistic.

That optimism was short lived. A few days later, after finishing my first round of chemo, I lost hope. I didn’t see how I was going to be able to deal with feeling so horrible for three months. But I somehow found the strength to persist.

Every two weeks, my parents drove me to Jacksonville for treatment. Words can’t really express what it feels like to go through chemotherapy. The constant urge to throw up, headaches, stomach pains, fatigue, loss of appetite, metal taste in your mouth, and the list continues. The good news for me was that I was in stellar shape before starting treatment, so my body responded well. I was even able to play some tennis.

fter completing my last round of treatment in September, I cried enough tears to fill a lake. Tears of joy, of course. Three months felt like an eternity, but I did it! I won my battle with cancer!

My oncologist informed me that the fight wasn’t over, however. He said the road to recovery would be a long and arduous one. I thought, well, how bad could this be? The tough stuff is over now! Not so fast…

I started playing tennis again in late November. I was ecstatic to be back on court. Even though my body didn’t last long at practice, it surely felt like a privilege. In December, I started doing a lot of pool workouts with my physical therapist to start building some strength. The first month was very difficult. My muscles had practically atrophied. At the time, it seemed impossible to get back in shape. But I kept pushing. After a few months, I became strong enough to graduate from physical therapy to tougher fitness training with a conditioning coach. In March, my trainer and I felt that it was time to really focus on the gym. From a tennis perspective, my timing was there. But physically, I couldn’t keep up on the court.

I started to feel much better around April — though still not even at 50 percent of where I was before treatment. For the past two months, it has been steady progress: 30 minutes in the gym, turning to an hour, then turning to an hour and a half. At this rate, I’m going to be back to doing what I love in no time!

My goal is to be playing tournaments in a few weeks. I am also writing my memoir, coming out Fall 2016, in which I will elaborate in much more detail about my journey.

This journey has been a tough but educational one. The most important lesson I learned is appreciation. I learned that good health is a privilege — and that, once you have something taken away from you, you begin to realize how much you took it for granted.

Finally, I learned that everything happens for a reason. God has opened my eyes to a new meaning of life, and showered me with many blessings. Little did I know how much of a blessing this illness would end up being.

I wouldn’t change what I went through for the world.

3 thoughts on “Tennis Player Victoria Duval is back on the court and shared a life leadership lesson about her dreams, struggle, victory”