When I was younger in Haiti, I enjoyed visiting “Quai Colomb,” a park erected in memory of Christopher Columbus by the harbor of Port-au-Prince on the Bicentenaire, a brand new name for Croix-des-Bossales.

It was always a delight to wander around this place early evening where the waves of the seashore carried some salty air to the bronze sculpture of Columbus’ face and also the remembrance of thousands of kidnapped Africans dropped off this place.

The last time I saw this Columbus’ statute was on the basement floor of the City Hall building in Port-au-Prince when it was dechouke (uprooted) in 1986 from its socle by the population accusing Columbus of Haiti’s dire situation.

These memories came to my mind early this morning, December 5th, on Christopher Columbus day discovery of Haiti. 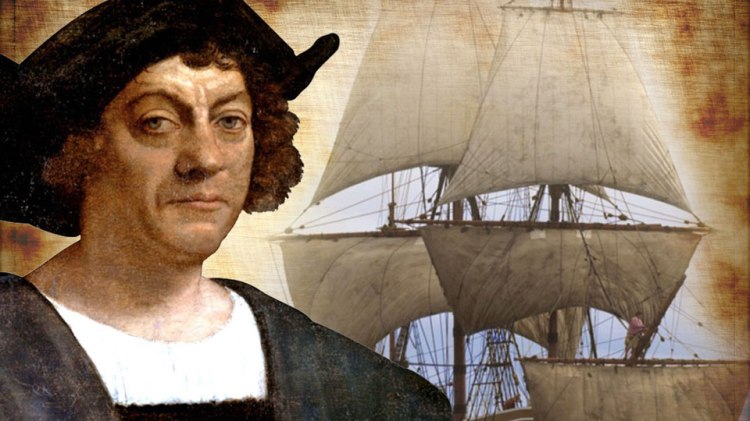 In preparation for the release of “HaitiShift,” my next book on Haiti for 2019, I just read last night a chapter from Boies Penrose’s book “Travel and Discovery in the Renaissance.” It contains some good contents on Columbus’ voyage from Spain to the new world and his settlement in Haiti.

This book also brought some fresh memories to my mind about some history lessons I had to memorize word by word by heart from elementary classes.

Columbus was born in Genoa, Italy. Since childhood, he enjoyed the sea. As a young man, he had a vision, and an intense enthusiasm to discover new lands.

Understanding the earth is a sphere contrary to the knowledge of his epoch, he had gone on multiple voyages in the Mediterranean before his 1492 great adventure.

He managed to find sponsorship from the Spanish queen Isabella who put him in contact with the Pinzon brothers who put three boats at his disposal: La Nina, La Pinta, and La Santa Maria.

Columbus was captain of La Nina. The Pinzon brothers, sailors of skill and experience, took command of the other boats.

The expedition left the Spanish port of Palos on August 3, 1492. “It was the most important single voyage,” Boies reported.

After two months of sailing, they saw lands, which turned out to be San Salvador, on October 1992. Salvador, the savior. Columbus has been saved. His sailors became impatient, and exasperated. Some threatened to kill him.

Others, led by one of the Pinzon’s brothers, made defection and sailed away in the Pinta on their own at the end of November.

Native Indians told him of a great island he discovered on December 5th, which he called Hispaniola, Little Spain. He took formal possession of the island for Ferdinand and Isabella of Spain. This was the first Spanish Colony in the New World.

The weather was bad. The Santa Maria, the biggest flagship, was wrecked on a coral reef. It was broken up. Columbus erected a fort off Cap-Haitien with its timbers, called Natividad.

He traveled back to Spain on January 4, 1493, leaving 39 sailors to constitute the ancestor of Haiti, and all Latin American colonies.

What happened after he left ?

This colony became the engine of wealth creation for several European Nations and the place of the biggest human trafficking in History. In my next post, I will write about what he left.

3 thoughts on “Once upon a time, Christopher Columbus discovered Haiti….”